Panama Journeys is an excellent destination management company in Panama. We would love to assist with FITs, groups, meetings, events, groups and incentives in our country. Of course, the Panama canal is world-famous, but there are plenty more attractions to attract visitors. White sandy beaches, surrounded by the Pacific and Atlantic ocean, our country is one big tropical paradise with waving coconut trees and tropical temperatures. Here you can trek through rainforests, see stunning wild life, travel by boat to visit Indian tribes and experience their way of life, sail between pristine tropical islands, and visit endless coffee plantations. There are water sports and plenty of other activities to enjoy in Panama. We hope to welcome you to our beautiful Panama.

Further down the page: Read about our company * Travel facts Panama. There is also a map of our country and our latest Panama travel news.

This email address is being protected from spambots. You need JavaScript enabled to view it.

This email address is being protected from spambots. You need JavaScript enabled to view it.

Boquette
Boquete is the most famous area in Panama. It is a charming little town with brisk weather, hidden among the mountains of Chiriquí and located at the feet of Barú Volcano. You will find friendly people, flower gardens, coffee plantations and fruit plantations on the mountainsides. Boquete is a starting point for hikes, outings and trekking paths in primary and secondary forests. Here you find tree branches decorated with moss and shiny bromeliads that grow in the snow. Amateur bird watchers arrive in the search of resplendent quetzals - the sacred bird for the Mayan civilization, due to their splendid iridescent emerald-green plumage.

Panama City
Panama City is a vibrant, dynamic and cosmopolitan city which seems to swing to the Latin American music. It is the most modern city in Central America which hasn’t lost its Latin soul. Here you find strong colors, delicious smells of the fruit and flower markets and the rhythm of salsa that pervades the city. It has been always a trade crossway and a center where cultures and communities from all over the world meet.

Coclé, Veraguas and Azuero’s Peninsula
The central region of Panama encompasses the provinces of Coclé, Veraguas and Azuero’s Peninsula.  There are also the provinces of Herrera, Los Santos and the southeast of Veraguas. This region is rich in folklore; it has small museums, churches and colonial dwellings and there are skillful artisans as well. It offers magnificent mountain landscapes, forests filled with lush vegetation and plenty of fauna. It has an amazing pacific coast with protected marine parks, barrier reefs and distant dream beaches.

Bocas del Toro Islands
Bocas del Toro Islands are located in the western end of the country, a few kilometers away from Costa Rica. You can get there in approximately 40 minutes by taking a flight from Panama City, then from Almirante, terra firma, by sailing in one of the ships that will take you there in 30 minutes. The archipelago is formed by six main islands: Colón, Bastimentos, Solarte, San Cristóbal, Popa and Cayo Agua. There are also several coral atolls and islets offering dream beaches surrounded by palm trees, a spectacular barrier reef, emerald-green waters, mangroves, tropical forests inhabited by an incredible fauna and a lush flora. Each island has its own personality and natural beauty.

Darien
Darién is famous because of its exuberant and inaccessible forest which divides the Pan-American Highway that occupies 25,800 kilometers and stretches from Alaska in North America to Buenos Aires in Argentina, and connects the capital with the rest of the continent. In Yaviza, known as Tapón del Darién [Darien’s Plug] and located 276 kilometers away from Panama City, the highway winds its way through forests, rivers and forgotten small towns. Travelling around the region of Darién does not only mean visiting one of the best places in the world to contemplate nature, but it is also an opportunity to learn about the cultural wealth of native communities and communities of African origin.

During June to October is Whale season in the Pearl Islands.
So it is possible to watch these immense animals, and our team will make the best effort to do it so, however is not guaranteed.

Lunch at the Restaurant Mar & Oro based on fresh fish. 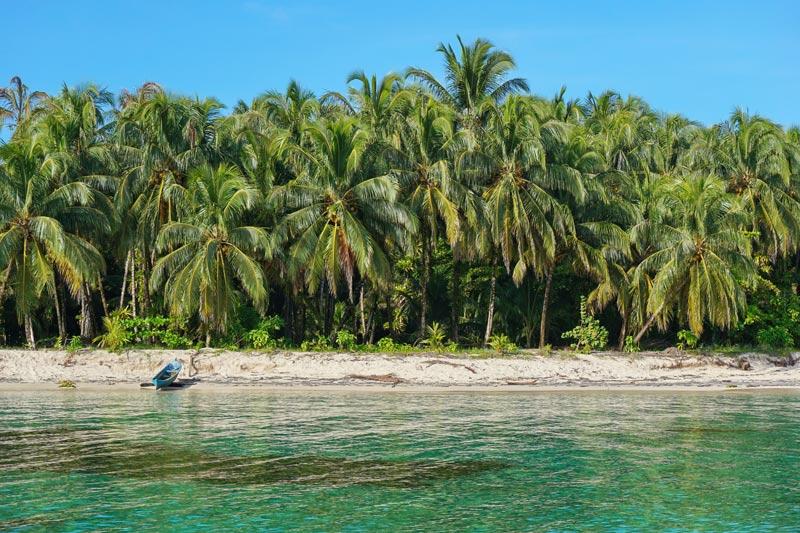 Boat tour through the Panama Canal and discover the remarkable wildlife of one of the world's most incredible natural wonders.

You will have the opportunity to visit several islands and see capuchin and howler Monkeys jumping on the trees above.

Panama Journeys - DMC Panama:
Panama Journeys is based in Panama City. We offer Destination Management services throughout the country for upscale FITs, groups, incentives and events.

We strive for the best customer service possible and will do anything in our power to make your clients' next stay in Panama, the best experience ever.

We provide 24/7 onsite support and service and provide you with the best proposals and top customer service for all your clients.